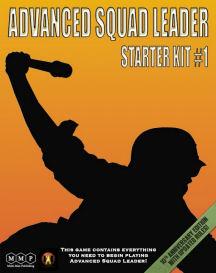 Advanced Squad leader is the ultimate in tactical board combat with all the major and minor nationalities represented in over one dozen modules and several historical games. That can be quite daunting to a new player starting out so multimanpublishing presented a streamlined Starter Kit system. For the 25.00 dollar purchase price you get 2 map boards, almost 300 counter, rulebook, 6 scenarios and dice.

The stand alone game has everything you need to get started in this great game or just to play a simple game with family and friends on a weekend night. If you do decide to go further Multimanpublishing has 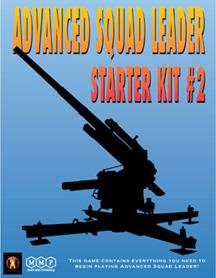 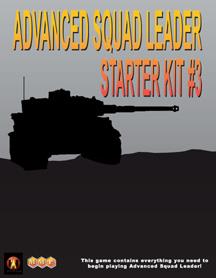 The Starter Kits provide a great gaming experience in their own right. They use real Advanced Squad Leader counters so that if you decide to go to the full advanced Squad leader game system nothing is lost. The counters boards etc. Are all compatible with the full game.

I highly recommend starter kits 1 2 and 3. For a minimal expense you are getting experience and exposure in the best tactical board game. This can lead to a hobby that lasts a life time or just some Saturday Night cardboard combat. Either way its a winner.