I just spent my weekend playing Antoine Bauza’s Seven Wonders Game. I was a bit skeptical at first because most of my gaming experience is war game based whether it be commanding an entire division in A world at War or a single Sherman tank in Advanced Squad Leader. Within the first hour I was hooked. It’s a fast paced fun family friendly game that can turn any game night into a blast for everyone from the occasional gamer to the hardened veteran. 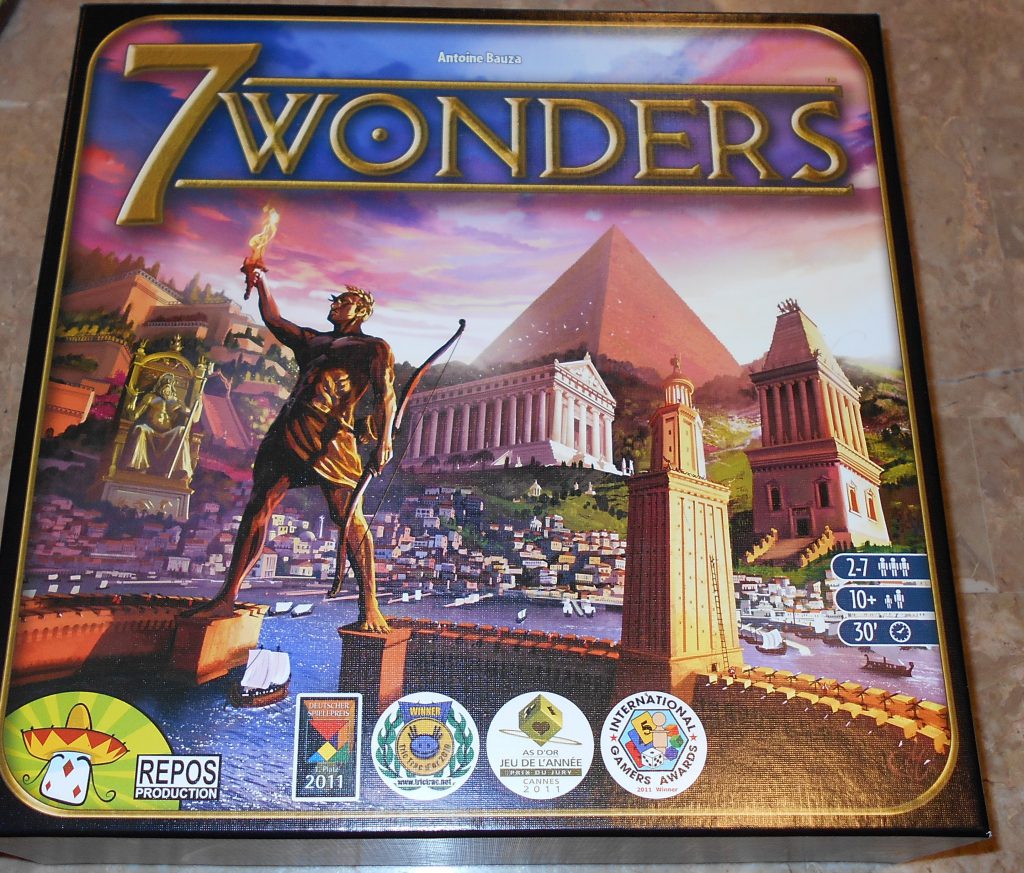 The game itself is beautifully designed from the alluring box to the flawlessly made game components. 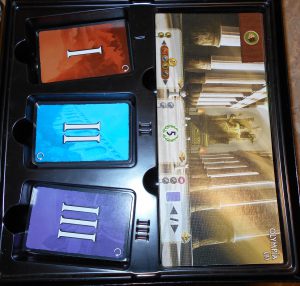 On the surface Seven Wonders looks like a board game but actually it is a card game. The cards are beautifully designed, easy to understand and pleasing to the eye and to touch. In essence you use the cards to create the best city possible as you travel through three ages. There are no complex interactions like in magic or Pokémon so anyone can pick up this game in one or 2 playthroughs. I think this is one of the best games I have ever played. Its rules are easy to comprehend but strategy evolves over time and no 2 games are exactly the same. To get that kind of review from an old cardboard tank driver like me shows how great this game is. 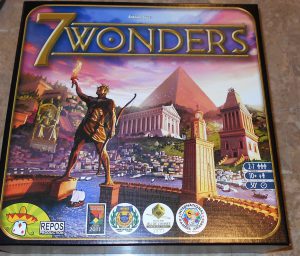 If you have any questions, comments to arrange a preview and playing at my store feel free to contact my at bob@table-top-war-games.com. Leave a comment in my comments section and let me know what you think.